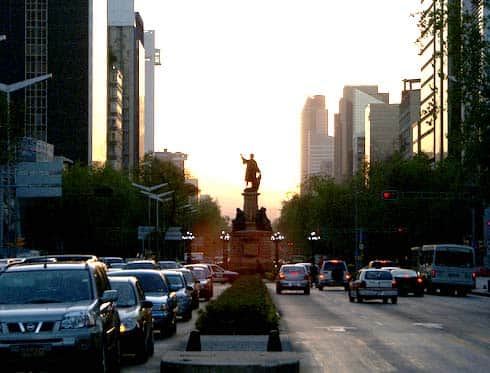 Mexican businessman Antonio Escandón decided to donate the statue to the city. The work was commissioned to French sculptor Enrique Carlos Cordier and the monument was inaugurated in 1877. Ever since, Columbus has been represented as revealing the world with one hand and pointing to the horizon with the other. He is shown alongside the first missionaries in the New World: Fray Antonio de Marchena, Fray Pedro de Gante, Fray Diego de Ordaz and Fray Bartolomé de las Casas. Source: www.mx-df.net