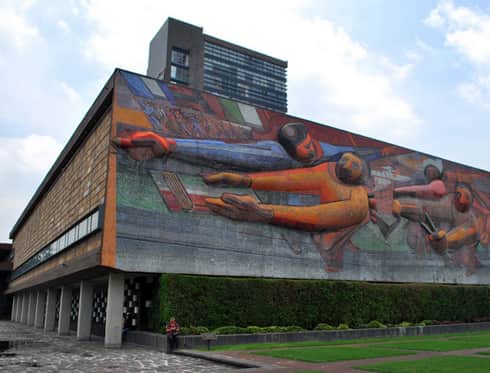 The National Autonomous University of Mexico (UNAM) is Mexico's public university, the largest in the country and in Latin America, as well as one of the thirty most recognised on Earth. It is one of the most academically prestigious universities in Latin America and one of the top 100 universities in the world. It also ranks as one of the largest and active in artistic matters. Its main campus in the south of Mexico City, known as University City, was built by Mexican architects Mario Pani, Enrique del Moral, Carlos Lazo Barreiro and Juan O'Gorman, among others, as well as by artists like David Alfaro Siqueiros, Francisco Eppens and Diego Rivera. In 2007 its main campus was declared a World Heritage Site by UNESCO.