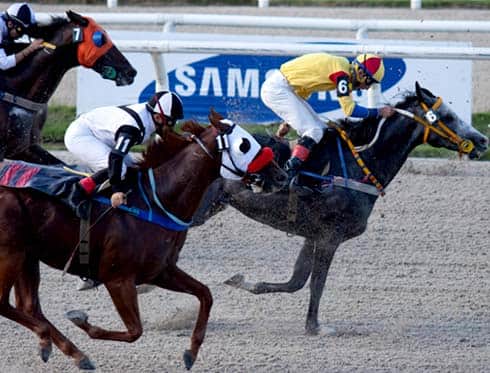 The Hipódromo de las Américas (Horse Track of the Americas) is a race track for thoroughbreds and quarter horses that was opened on March 6, 1943. It's some six and a half kilometres from the district's centre, in Lomas de Sotelo, Mexico City. Its majority owner is the Spanish company CODERE and it is run by Administradora Mexicana de Hipódromo. The Hipódromo de las Américas track is 1,408 metres long (7 furlongs) with a maximum capacity of 14 horses per race.

Points of interest and the stop