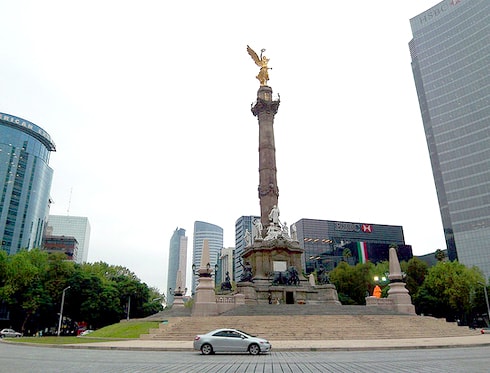 The Columna de la Independencia is one of the city's key landmarks. The monument is dedicated to the heroes of the independence, some of whose remains are housed in the mausoleum at this national complex. The foundation stone at this renowned monument was laid on January 2, 1902 by Porfirio Díaz. The project was overseen by the architect Antonio Rivas Mercado, who also created the Teatro Juárez in the city of Guanajuato. This monument was opened on September 16, 1910. Source:www.mexicocity.gob.mx

Points of interest and the stop