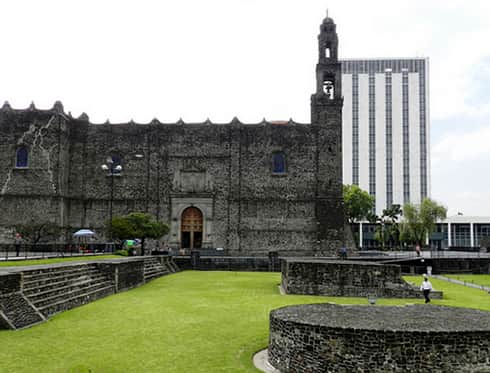 The Plaza de las Tres Culturas, or Conjunto Habitacional de Tlatelolco, is a plaza located in the centre of Mexico City in the Cuauhtémoc delegation. Its name comes from the fact that the architectural complexes located around it represent three different stages of history.Tenochtitlan culture, Spanish culture and modern Mexican culture, represented by the Tlatelolco Tower, headquarters until 2005 of the Office of Foreign Relations and currently home to the UNAM's Cultural University Center and 68 Memorial, as well as residential buildings, known as the Nonoalco Tlatelolco Urban Complex.